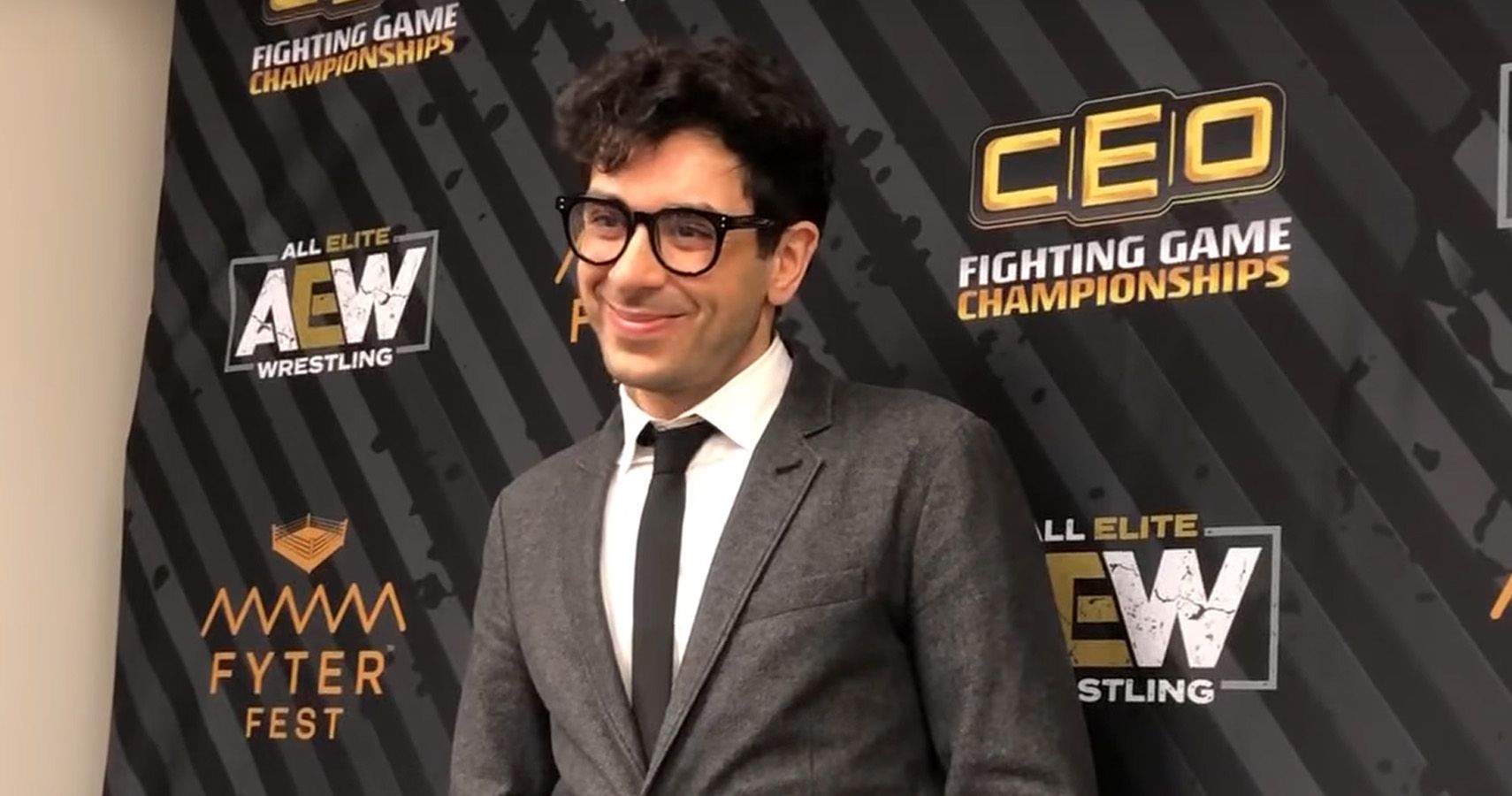 AEW is once again making Saturday night the temporary home of their flagship program.

As has happened before with TNT’s NBA coverage, the next two installments of AEW Dynamite are being pushed to the weekend due to the start of the NHL season. Dynamite viewership has been volatile outside of Wednesday nights, a statistic AEW President Tony Khan is well aware of.

“It sucks to not be on Wednesday night, this week [especially] to be honest,” Khan told Barstool Sports’ Robbie Fox. “We’re on this great run recently. We had six straight weeks as the number one show on cable and satellite on Wednesday night. The show is huge thanks to the great fans and the great support of Barstool and outlets that give AEW coverage and have allowed AEW to come from nothing, nowhere two years ago to now in the eyes of many, over a million fans, the number one wrestling company in America.”

Regardless of the temporary move, Khan is “fired up” to bring fans a weekend of All Elite Wrestling.

Dynamite is AEW’s flagship, but the young promotion has added a second weekly program to their arsenal. AEW Rampage has aired on Friday nights since August, premiering immediately after WWE SmackDown ends.

“We’ve really allowed the shows to co-exist. I put my show on consciously after SmackDown, knowing that there’s a huge audience that watches that show and many of those people are going to watch Rampage,” Khan said. “It’s been a huge hit for TNT. We’ve had nights where we were number one. We’ve been in the top 10, top 20 consistently.

“I want for the fans to be able to watch all the wrestling. I’ll coin a phrase right now that I’ll use from now on: WYW. Watch your wrestling. Whatever you want to watch, watch it. A lot of people have chosen to watch AEW because it’s the best show.”

While Rampage and SmackDown have passed each other like ships in the night every Friday, this week will finally see the two square off. SmackDown will air on FS1 complete with an extra 30 minutes of commercial-free runtime, meaning it will go head-to-head with Rampage for a half hour.

This is not the first time WWE and AEW programming have aired in the same time slot. Khan reminded last time the two promotions clashed, it didn’t work out for World Wrestling Entertainment.

“It’s the second time they’ve chosen to put their wrestling head-to-head with mine. The last time they did it, it didn’t happen overnight, but really from the start AEW consistently did better numbers than NXT, and we won that war. AEW is now the Wednesday night show.”

SmackDown’s half-hour extension is just for one week, but as far as Khan is concerned, he’s competing with the blue brand to be the top wrestling show on cable this Friday.

“I want Rampage to be just as big as Dynamite in time. Dynamite has consistently been number one,” Khan said. “My goal is for this show to be the top cable show. If they’re going to do a show on cable, that’s great. We’re competing for that.”

Earlier this week, Khan definitely stated AEW Rampage would outperform WWE SmackDown this Friday. Since then, Khan has supersized Friday’s AEW programming by announcing a one hour “Buy In” airing on AEW’s YouTube channel, leading into Rampage on TNT. Friday’s “Buy In” will feature Bryan Danielson facing off against NJPW’s Minoru Suzuki for the first time since 2004.

While the jury is still out on who will top the other in viewership, Khan is certain that his promotion will put on the better program.

“We’ll see what happens. I’m not saying for sure we’ll win, and maybe the odds are against us in some ways,” Khan said. “But we’re going to give a better show. I know. If you don’t believe me, watch the go-home show they did last night, because it sucked.”

Fox jokingly encouraged Khan to “talk his s–t,” to which the AEW President doubled down on his dissatisfaction with Monday’s RAW.

If you use any quotes from this article, please credit Barstool Sports with an h/t to Wrestling Inc. for the transcription.